Showing the next 3 CFS events

Envy of the Feminine: A Case Presentation with Discussion

The instructional level for this activity is advanced.

Showing the next 3 Institute of CFS events
New events will be posted soon. Check back for details.

Showing the latest 3 blog posts
The CFS blog is getting underway and posts will be begin in the near future.
View All Blog Posts

The Society became a Component Society of the International Psychoanalytical Association (IPA) in 1993. The IPA is the oldest and largest international psychoanalytic organization and the world’s primary accrediting and regulatory body for psychoanalysis.

Our name reflects our commitment to integrating contemporary developments in theoretical and technical aspects of psychoanalytic thinking, combined with respect and appreciation for our historical roots. This name-change captures the geographic breadth of our membership and co-equal campuses which include opportunities for training in both New York City and Washington, DC.

Committed to the basic principles of Freud’s profound discoveries, we identify ourselves in a historical context that began with an unprecedented revolution in the understanding of the human mind and which continues to evolve in creative and influential ways. We are informed by contemporary theoretical perspectives, such as Object Relations Theory, Self Psychology and modern Kleinian thinking. We also endeavor to integrate current research on infant development and attachment, as well as recent neurobiological research. We contribute to the development of psychoanalytic thinking and practice through our active participation in the international psychoanalytic community.

The Contemporary Freudian Society’s membership is interdisciplinary and is based on professional commitment. The Society supports the Psychoanalytic Training Institute of the CFS, which offers rigorous training programs in adult, child, and adolescent psychoanalysis, psychoanalytic psychotherapy, the treatment of infants and parents, a fellowship for mental health trainees and professionals wishing to explore psychoanalytic thinking, and a variety of offerings to the community focused on aspects of psychoanalytic work.

The Contemporary Freudian Society fosters the continuing professional development of its members by providing scientific programs, advanced seminars, and clinical workshops. It advances the science of psychoanalysis and psychoanalytic psychotherapy through the encouragement of research, and publicizes the ideas and findings of psychoanalytic research among colleagues, related professionals, and the general public. 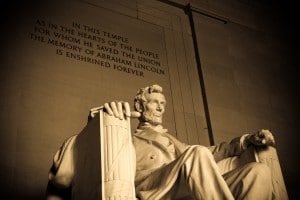 The DC Division is a community within the larger community of the CFS – providing its members both the intimacy and connection of a moderate-sized membership organization as well as the extensive resources and wide range of experience provided by a larger, multi-city organization.  It is currently comprised of 49 members, most of whom are based in the DC and Baltimore metropolitan areas, as well as more distant areas such as Miami, Norfolk, Charlottesville and Virginia Beach.

The DC Division was established in 1985. It was initiated by a group of psychologists in the Washington, DC area seeking to train to become psychoanalysts.  At that  time in the United States, there were certain restrictions on who was permitted to become a psychoanalyst and there were no programs in the DC area that allowed psychologists to train to become independently practicing psychoanalysts.  Thus, they reached out to what was then called the New York Freudian Society, an analytic training and membership program that was based on a tradition of inclusivity, with the request for merger and training in psychoanalytic theory and technique.

Over the past 34 years, we have evolved into a membership organization of significant importance in the DC and Baltimore region.  The membership is comprised of a theoretically diverse group of analysts, with our analysts practicing and teaching from the Kleinian, contemporary Freudian, Bionian, Winnicottian and Kohutian analytic traditions – and many of whom are well-versed in multiple theoretical orientations. Our members have  contributed books and papers to the field, including cutting edge theoretical and clinical presentations at national and international analytic conferences on such topics as the witnessing of trauma, the analyst in mourning, contemporary conceptualizations of perversity, impingement on the analytic container and psychoanalytic work with people on the autism spectrum. We are a highly active group, sponsoring lively professional development programs each year for the DC/Baltimore mental health community as well as for the continuing education of its own membership and candidates.  Because of its moderate size, there is a great deal of opportunity for members to be involved in creative and organizational projects at every level.  Its size and the makeup of its membership allows the DC Division to provide a level of collegiality and mutual support that our members find to be invaluable.

Graduates of the Institute who are trained in adult psychoanalysis are automatically recommended to the IPA for membership. They become members upon IPA approval and upon payment of IPA dues.