Showing the next 3 CFS events
New events will be posted soon. Check back for details.

Showing the next 3 Institute of CFS events

Showing the latest 3 blog posts
The CFS blog is getting underway and posts will be begin in the near future.
View All Blog Posts 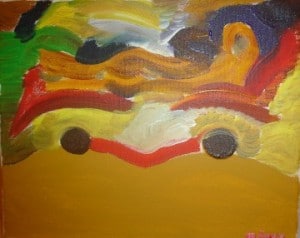 Analysis, like dreams and art, does not reproduce the past or the visible but itself ‘renders visible,’ causes things to come into being before our eyes, creates a world that was not there before, and confers meaning on life.  –Giuseppe Civitarese*

Psychoanalysis is a form of therapy that has proven effective in providing relief from the oppression of psychological symptoms, such as anxiety, depression, phobias, obsessive-compulsive thoughts and behaviors, relationship problems, and inhibitions which stand in the way of achieving one’s full potential. The results of psychoanalysis are typically longer lasting than most other treatment modalities and also more ambitious.

Psychoanalysis can deliver much more than symptom relief. Psychoanalysis, both a theory and form of therapy, is based on more than a century of constantly evolving information about human behavior and development. Psychoanalysis helps to see one’s psychological challenges as attempts to solve the problems of living; as attempts at solutions that may have been effective in the past, but, over time, have outlived their usefulness. For reasons that can be hidden and time-consuming to sort out, we are often reluctant or unable to let go of these old ways of being without help, even though we sense that there might be another way to reduce conflict or address uncomfortable or frightening feelings. Psychoanalysis is unique among the psychotherapies for providing a way to work collaboratively to ‘get to the bottom’ of difficulties people have; in this way, it offers the opportunity for change and growth that is deep, solid and durable.

People who have engaged in psychoanalysis often describe achieving a greater sense of emotional freedom, broadening their horizons, developing a capacity for richer relationships, and increasing the ability to tolerate differences between self and other. Sometimes new creative capacities can be unleashed.

In psychoanalysis, the analyst, focusing on the patient with an attitude of respect and attentiveness, invites the patient to join in looking closely at the way that the patient’s mind operates. The analyst listens deeply and closely to appreciate the patient’s uniqueness and to seek to understand the patient as accurately as possible.

Psychoanalysis brings the specialized perspective that our past influences our present and that thoughts outside of our conscious awareness may also serve as unidentified influences of our current life behavior. Psychoanalytic work aims to uncover the ways in which these factors influence the ways that we feel and act now. The frequency of sessions and the use of a couch allow for an easier flow between past and present so that past concerns – particularly those that cause trouble for people in their current lives – can be identified and, ultimately, create opportunities for change.