Make a Referral in the NY Metro Area

This page provides referral information for treatment services provided by a CFS Member therapist in the New York Metro Area.

Psychoanalysis and psychotherapy are also available through our Training Institutes in New York and Washington, DC on a sliding scale. Some additional psychotherapy is also provided through our Psychotherapy Affiliates program.  For further information about these programs or for referral assistance in NY, please contact Loretta Hayes. All inquiries are strictly confidential. 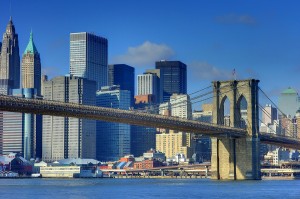 Ani Buk is a New York State Licensed psychoanalyst and art therapist in private practice in Manhattan, where she works with children, adolescents, adults and couples. A nationally recognized trauma specialist, she has 30 years of diverse clinical experience, and is a Fellow of the International Psychoanalytical Association. Since 1993 she has been on the faculty of the Graduate Art Therapy Program of New York University, where she received her Masters in Art Therapy. Ms. Buk received her MFA from the Yale School of Art. She is a graduate of The Psychoanalytic Training Institute of the Contemporary Freudian Society, where she is a Training and Supervising Analyst and on the Permanent Faculty, teaching the course "Adult Development" in the Psychoanalysis Program.

Over 30 years experience in psychoanalysis and psychotherapy, faculty member and training and supervising analyst. I am dedicated to helping people to discover what makes them unhappy and unable to live life to its fullest.

Pasquale De Blasi, Jr., Ph.D., is a psychoanalyst in private practice of psychoanalysis and psychotherapy of adults and adolescents and clinical supervision on the Upper West Side of Manhattan, NY. He holds faculty appointments with the rank of Assistant Clinical Professor in the Department of Psychiatry and the Department of Preventive Medicine, the Icahn School of Medicine at Mount Sinai. He is a member and on the faculty of the New York Psychoanalytic Society & Institute and the Chinese American Psychoanalytic Alliance. He is a Training and Supervising Analyst of the Psychoanalytic Training Institute of the Contemporary Freudian Society; a Fellow, Training and Supervising Analyst of the International Psychoanalytical Association and a Visiting Professor, Wuhan Mental Health Center, Tongji Medical College of Huazhong University of Science & Technology, 2018-2020. He is a member of the Faculty Psychotherapy Conference, Department of Psychiatry, the Icahn School of Medicine at Mount Sinai; the American Psychoanalytic Association and a past member, by invitation, of the Ernst Kris Study Group, moderated by Charles Brenner, MD, 2001-2008. He was Clinical Consultant to Bard College Counseling Service, 1990-2002, and the Louis August Jonas Foundation’s Camp Rising Sun (an international scholarship camp for teenagers), 1993-2000. Earlier clinical training included in-patient internships at Creedmoor State Hospital and Hillside Hospital, Long Island Jewish Medical Center. He was awarded his Ph.D. degree by Columbia University, 1985.

I am a trained psychoanalyst and psychotherapist in practice for over twenty years with offices in Cobble Hill, Brooklyn and Chelsea. Among the problems I treat are anxiety, depression, relationship issues, career impasse, and patterns of self-defeating behavior.
Therapy involves a unique and personal relationship between patient and therapist. In therapy we work together to understand and resolve obstacles to change. We explore how past experiences inform and limit present perspectives. We deal with real, sometimes uncomfortable, feelings, not just intellectual insight.
The process of learning to listen to your innermost thoughts, feelings, and fantasies opens up capacities for creative problem-solving and for satisfying intimacy with others. When therapy is working, in addition to experiencing symptom improvement, individuals feel freer to live more authentic and gratifying lives.

Vivian Eskin, PhD is a Training and Supervisory Analyst (Adult) at The Contemporary Freudian Society. She is a graduate of the Annie Bergman Parent-Infant Program, New York, and New York and a graduate of the Tavistock Center for Couple Relationships (Qualifying Diploma ) London, UK.

Dr. Eskin is in private practice on the Upper West Side and treats individual adults, couples and parent/infant/toddler psychotherapy. She also provides clinical supervision and teaches in small groups.

Dr. Eskin has published in the area of maternal functioning when a soldier is deployed; traumatic bereavement; survivors of the holocaust, medical illness, and ambiguous loss.

Susan Finkelstein is the Director of Understanding Primitive Mental States, a program committed to studying Contemporary Kleinian Theory and Technique. She teaches Claustro-Agoraphobic Dilemma, Schizoid Phenomena; If I Were You, a course dedicated to Borderline Personality Disorders; The Not-I Personality of Narcissistic Pathological States; Enactment in the Transference-Countertransference Dynamic and The Internal World and Its Objects. Additionally, Susan co-teaches Freudian and Kleinian Theory and Clinical Technique with David Bell, MD, from London.

Helen K. Gediman, PhD, ABPP, FIPA, is a magna cum laude graduate of Radcliffe College of Harvard University and received her doctorate in Clinical Psychology from New York University. She received her psychoanalytic training at the New York University Postdoctoral Program in Psychotherapy and Psychoanalysis, and is now Clinical Professor of Psychology at NYU. She is also on the faculty, and is a Training and Supervision Analyst, at the Psychoanalytic Training Institute of CFS, where she has served on its Board of Directors as both Member-at-Large and Recording Secretary. Dr. Gediman is also a member of IPTAR, the IPA, and the American Psychoanalytic Association. Currently, she is on the Board of Directors of Sections I (Psychologist-Psychoanalyst Practioners) and III (Women) of Division 39, Psychoanalysis, American Psychological Associaton, and has been on the Board of Directors of CIPS (the Confederation of Independent Societies of the IPA). She has published extensively in psychoanalytic journals, and has authored and/or co-authored three books. She is in private practice in Manhattan.

Jane S. Hall, LCSW, FIPA, is Former President of the Contemporary Freudian Society, a member of the IPA, ApsaA, AAPCSW. A Training and Supervising Analyst who has taught, lectured, and consulted on how to deepen psychoanalytic work for the past twenty-five plus years, Hall is the author of: Roadblocks on the Journey of Psychotherapy (2004) and Deepening the Treatment (1998), published by Jason Aronson; and other journal articles. She consults and supervises in person and via skype and telephone, and is on faculties of three NY institutes. A founder of the New York School for Psychoanalytic Psychotherapy and Psychoanalysis, Hall was first director of the Psychotherapy Track at CFS. A graduate of the Institute for the Study of Psychotherapy, and the New York Freudian Society-Institute, Hall is in private practice in New York City.

I have been in private practice since 1976. Primary work is with adult individuals and couples with a wide range of difficulties. Parent counselling and parent-child work represent a large part of my practice. Doctoral work was in infancy research. Extensive experience working with persons dealing with serious and terminal illness. I have done consultations for daycare programs and run parent-infant-toddler groups. I also have an interest in supervising others in the mental health or related fields.

Mrs. Raez has also been head of the consulting department of the Peruvian Psychoanalytic  Association for children and adolescents (APPPNA), head of the parent group at the Playground center for early childhood intervention (1998-2003) and head of the toddler program (2004-2007).
She also took part in the research on preventive intervention in the bond between teenage mothers and their premature children in the Cayetano Heredia Hospital: department of obstetrics and neonates, in Lima Perú (2005-2007)

Mrs. Raez ‘s strengths are her capacity for diagnosis of evolutionary development, detection of anomalies, application of psychoanalytic psychotherapeutic techniques and Psychoanalysis, counseling for parents and family members, coordination and supervision with different professionals of the education of therapeutic environment.

Activities and honors:
She is a member of the International Psychoanalytic Society (IPA), the Peruvian Psychoanalytic Association (SPP), the Colegio de Psicólogos de Lima (Lima school of psychologists) and the Asociación Peruana de Psicoterapia de Niños y Adolescentes APPPNA (the Peruvian association of psychoteraphy for children and teenagers).
She has published articles in many magazines and other media specialized on child development like Transcisiones, Fort Da, Padres, El Comercio. She has been a Speaker and presenter in international psychoanalysis conferences in the cities of Lima, Buenos Aires,Montevideo, Santiago de Chile, Boston and Sao Paulo.
She has been Interviewed on television programs on subjects related to children and teenager development, and she published her first book on 2018.

I received my Ph.D.in Clinical Psychology from Columbia University. Internship and Fellowship at New York Hospital, Westchester Division. Became Assistant Professor of Psychology at Cornell University Medical Hospital in White Plains, N.Y. and Coordinator for Psychology in the Outpatient Department and Day Hospital. In 1986 went into full time private practice in New York City and completed my training in psychoanalysis at the then named New York Freudian Society in 1991. I supervised at MITPP, and the doctoral clinical psychology program at City University. From 2004 to 2010 I was the Director of the Training Institute of the New York Freudian Society, and have served on several committees as well as on the Board of Directors. In 2003 I became a Training and Supervising Analyst at what is now called The Contemporary Freudian Society, formerly NY Freudian Society. In 2016 I became a Guest Member of the British Psychoanalytical Association. I teach candidates and members of psychoanalytic societies in the New York City metropolitan area on clinical listening and technique.

I trained and graduated as an adult Psychoanalyst from the New York Freudian Society, now the Contemporary Freudian Society. I have been in full time private practice for thirty years. I graduated from Columbia School of Social Work and have worked on a long term psychoanalytically oriented inpatient unit at Psychiatric Institute of Columbia Presbyterian Hospital for eight years and with adolescents and families. Having taught and analyzed for many years, I am member of the permanent faculty and a Training and Supervising Analyst at CFS since 1995. I spearheaded the accreditation of the Psychoanalytic Institute of CFS with Sevis to accept and train international candidates, and was a Board member, chair of many committees and worked for our Institute and Society to expand and promote my love of psychoanalysis to candidates and the community.

Trained at NPAP (National Association for the Advancement of Psychoanalysis) and at Contemporary Freudian Society. Member of CFS and IPTAR (Institute for Psychoanalytic Training and Research).

I originally trained as a Creative Arts Therapist (music and movement) and worked in both in-patient and out-patient psychiatry at one of Albert Einstein College of Medicine's Community Mental Health centers and at Bronx Psychiatric Center. This work was supervised by MD and PhD clinicians all of whom were psychoanalysts. This experience led me to seek further mental health training (Clinical Social Work) and then psychoanalytic training. I have been in private practice as a psychoanalyst/therapist for over 20 years.

I have earned a rich tapestry of professional experience working with a diverse population from a broad spectrum of settings: Newark Public Housing( VISTA Community Organizer), Memorial Sloan-Kettering Cancer Center, American Arbitration Association, and BRIDGES Employee Assistance Program.
Integrating this substantial tapestry with adult and child/adolescent analytic training has enabled me to:
be a more complete and empathic listener; to facilitate the creative "thinking through" process - even when the unbearable emerges; to engage others in the world of discovery about oneself.
I view our work as a collaborative process in a non judgmental and inspiring therapeutic setting.
(Consideration of your budget will be given when setting the fee.)